A polyatomic ion, sometimes called a molecular ion, is an ion made up of two or more atoms. Most polyatomic ions are anions (ions with an negative net charge) that contain oxygen. These are known as oxyanions. 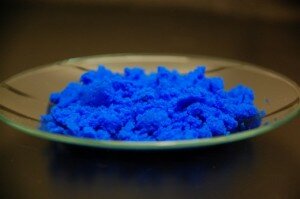 Below is a list of some common polyatomic ions. Note that many of them are oxyanions. If you’re a chemistry student, you may be required to memorize some (or all) of these polyatomic ions.

Luckily, for many of the following polyatomic ions, there is a relationship between the ion name and its elements. For example, hydroxide, as its name suggests, contains both hydrogen and oxygen.

(The following list of polyatomic ions is categorized by their net charge. Within each category, the ions are sorted alphabetically by name.)

« How many bonds can carbon form?
How Fossil Fuels are Formed »