What Are Glaciers and How Do They Form?

What is a Glacier?
A glacier is a large body of ice, created by the accumulation of snow, that persists over several years, often lasting centuries. Glaciers occur in the earth’s polar regions as well as mountainous areas.

There are a number of phases that these massive chunks of ice go through which include their initial formation, continual growth, and flow. This process is called glaciation.

How Glaciers Form
When snow does not melt, it accumulates. As more and more snow builds up, its weight is pressed down onto older layers. This compression causes the snow to crystallize and become more dense, essentially turning sheets of snow into compacted ice.1

Each summer, gravel is deposited on top of the Cavell Glacier. Each streak along this glacier represents one year.
Source: Wing-Chi Poon

Compressed snow is called firn. New firn, found on the upper layers of a glacier, is made up of granules of ice, each about the size of a grain of sugar. As firn is further compressed by new snowfall, the granules fuse together creating even larger crystals of ice. As it further compresses, it becomes considerably more dense than the newer firn. After enough compression, it turns into what is called glacial ice.

How much weight and pressure are needed to cause firn to become glacial ice? Firn usually turns into glacial ice when it’s around 150 feet deep. This is when the weight of the upper layers of the glacier puts so much pressure on the older firm that it’s crystallized into solid ice.

Why Study Glaciers?
Glaciers are an important indicator of climate change, so scientists often monitor and study them in efforts to better understand the effect humans have on the earth’s climate.

Where glaciers are found (in blue.)
Source: Melanie Shebel

Where Glaciers Are Located
Glaciers only form in areas of colder temperatures where snow is unable to completely melt. 2 Polar regions such as Antarctica or Greenland are known for having most of the world’s glaciers. This is because these areas are so cold that any snow that accumulates doesn’t melt away.

Glaciers can also be found in areas of high altitude, where the air is cold year-round. For example, a number of glaciers are located in the Himalayas, the Alps, and the Andes.

Since the creation of glaciers depends heavily on snowfall, they do not exist in cold deserts. While these areas often experience frigid weather, because it does not often snow, glaciers are unable to form.

The Movement & Anatomy of Glaciers

In mountainous regions, gravity and deformations in the ice cause the top layers of glaciers to flow down to the valley below. This very slow process causes stress on various parts of a glacier which often causes deformities like crevasses and seracs.

As glaciers move, glaciers often carve their way through soil and rock, creating unique landforms. They also sometimes pick up and carry large rocks and boulders, which are left when the glacier eventually melts.3 Because of this, huge boulders left by glaciers that occurred thousands of years ago can be found all over the world!

Glaciers melt as they move to warmer areas, and provide the land with fresh water, an invaluable resource. As you may have guessed, glaciers are major storehouses of water. In fact, they store about 69% of the world’s freshwater!4

The “glacier foot” is where the glacier ends. The glacier can end in a valley where the foot may melt (creating “meltwater”) or end in a large body of water, where chunks of ice often break off and float away (icebergs.) 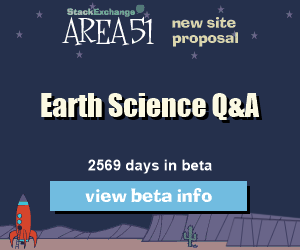